Apparently relations between the Soviets and Kemalists were friendly and trusting, and this is confirmed by some quite interesting details, so in March-April of 1922 at the invitation of Mustafa Kemal, S. I. Aralov, a military attaché of K. K. Zvonarev and the first Ambassador of Azerbaijan in Turkey Ibrahim Abilov visited part of the current national liberation army, where they've been in the infantry, cavalry division, visited the headquarters of the two armies, two corps, visited in the city of Konya rear of the army establishment and was present at the celebration of the anniversary of the national army. Representatives of the Russian Embassy while handing out after the meetings to the soldiers small gifts with an inscription in Turkish: "the Turkish soldier from the red Army of Soviet Russia".

According to Soviet official data, pursuant to the agreement of 1920, and in accordance with the Treaty of 16 March 1921 via Novorossiysk, Tuapse and Batumi to Turkey during 1920-22, he was put 39 thousand rifles, 327 machine guns, 54 cannons, 63 mln bullets, 147 thousand shells, etc., From the Eastern borders were transferred military equipment left behind by the Russian army in 1918, In 1921, transferred two marine fighter "Live" and "Creepy".

In Ankara the Soviet government helped with the building of two gunpowder factories, at the same time putting in Turkey equipment for the ammunition factory and the raw material for the production of ammunition. In addition, the Soviet diplomatic mission headed by adviser J. J. Uppal-Angarsk in 1920 handed over to the representatives of the TGNA 200,6 kg of gold bullion, promised by the Soviet government in the negotiations in Moscow. M. V. Frunze in Trabzon provided the Turkish authorities 100 thousand rubles in gold for the organization of a shelter for children who have lost parents at the front.3 S. I. Aralov in April 1922, donated to the Turkish army of 20 thousand liras for the purchase of marching printers and cinemas.

In addition, at the beginning of 1922, Turkey was given multiple shipments of weapons. On may 3, 1922 the Plenipotentiary of the RSFSR in Ankara S. I. Aralov was transferred to the Turkish government 3.5 million angry. rubles – the latest installment of 10 million rubles., promised at the signing of the Treaty of 1921 Rapprochement between the two countries further contributed to the diplomatic efforts of the delegations of the two countries during the Lausanne conference of 1922-23, the Soviet Union supported Turkey and defended the thesis on mandatory Turkish sovereignty over the Straits.

Moreover, earlier on March 16, 1921 in solemn ceremony in Moscow was signed a Treaty of friendship and brotherhood between the RSFSR and Turkey. According to this document, the Soviet government conceded to Turkey the districts of Kars, Ardahan and Artvin, Turkey was abandoned in favor of Georgian sovereignty over Batumi. At the same time, agreement was reached on the provision by the Soviet Russia of using Turkish money ( in the amount of 10 million angry. rubles) and military materials.

On 13 October 1921 with the participation of the RSFSR in Kars was signed the Treaty of friendship between Turkey, on the one hand, and Azerbaijan, Armenia and Georgia on the other.

In preparing and signing an important document, which established the inviolability of the North-Eastern borders of Turkey, played an important role Russian envoy S. P. Nazarenus (may 1921 - January 1922), a former military Commissioner of the Northern fleet.

According to many researchers, Soviet-Turkish Treaty of 1921 is reminiscent of the Brest-Litovsk Treaty, when also made significant territorial concessions. Then and now apparently the role played by the faith of the Bolsheviks in "world revolution", as a result of accomplishments which they had intended to recover all the lost land back.

Analysis of the articles of the Treaty shows that the Treaty of 16 March 1921 was objectively more favorable to the Turkish side, so as fully meet the national interests of Turkey. She has not suffered no physical or territorial losses, has received large monetary support. However, from the point of view of those nearby tasks which the Bolsheviks sought to solve, it was their achievement. They established their control over the Caucasus, Batum kept in the hands of Georgia, saved Armenia from annihilation, has secured the position of Russia in the Islamic world, because without the establishment of political relations with Turkey, which enjoys enormous prestige among the Muslims, it could not count on their recognition.

Thus, Kemalist Turkey, under this Agreement, received as a gift from Bolshevist Russia the right Bank of the Akhuryan and Araks together with mount Ararat. The fact of the donation even if the Union ("brotherly and friendly", as noted in document) the state ruling over the critical area of the array is without precedent in world chronicle.

In August 1921 the government of the USSR by agreement with the government of the RSFSR was appointed Ambassador extraordinary in Turkey M. F. Frunze, who was in Turkey from December 1921 to January 1922, In the period of stay Frunze in Ankara, Turkey, in connection with the tense situation at the front, and the financial crisis in the country through the difficult days. Frunze urged that the Soviet government has sought additional funds to assist Turkey.

Frunze after a trip to Turkey, Moscow has strengthened diplomatic, military and monetary aid to the Turkish government, now I understand why Mikhail Frunze had been found in the granite near the Father of the Turks in the main square of Istanbul.
"Покажете ми един нормален човек и аз ще го излекувам!" Карл Густав Юнг
Върнете се в началото 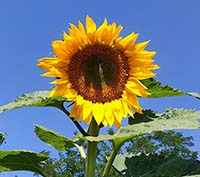