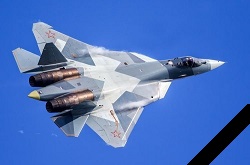 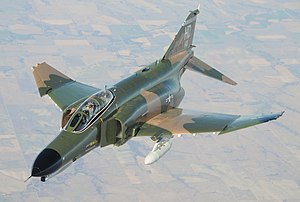 Inside Erik Prince’s Treacherous Drive to Build a Private Air Force
...
This was not a new challenge for Prince. Through his former Blackwater enterprise, he had acquired extensive experience defying or sidestepping U.S. defense export regulations. In an effort to avoid Austrian and European export laws, Prince looked south to Bulgaria, a nation known for its lax defense export regulations and role as a hub for international arms traffickers. “It’s very difficult to manufacture [such aircraft] in Austria and keep everything quiet,” said a former Airborne employee who worked on the plane. “It’s too risky for them. So the idea was to go to Bulgaria.”
In May 2014, Kristof Nagl, Airborne’s chief financial officer, wrote to Prince explicitly discussing the creation of a front company in Bulgaria to disguise the production of weapons-readied aircraft. Nagl cited earlier discussions with Prince and Dorian Barak and confirmed for Prince that they were moving forward with “the foundation of” a Bulgarian company named LASA Engineering Ltd. “LASA shall mean light armed surveillance aircraft,” Nagl wrote. In the memo, Nagl described a structure for LASA in which Prince “provides customers and know how.” Airborne, according to Nagl, would acquire Thrush aircraft and do the reconnaissance and surveillance modifications. LASA, however, would “be used for marketing” and “selling of light armed airborne solutions,” though its promotional materials would not directly mention the word Thrush. This omission, Nagl wrote Prince, would be done “according to your wish.”
Under the proposed arrangement, LASA would purchase the Thrush aircraft modified by Airborne directly from the company at its standard price “so all margin will stay as always with” Airborne. The transformation of the planes to light attack aircraft would be laundered in Sofia. LASA would get the necessary export licenses from the Bulgarian government so that the planes could be sold or deployed abroad.
Prince made arrangements to visit Bulgaria in May 2014 for an Airborne meeting and a tour of the Arsenal factory in Kazanlak. Arsenal is the largest arms manufacturer in Bulgaria, and Prince was interested in viewing its line of “aerial weaponry,” including guns, rockets, bombs, and weapons management systems for aircraft, according to an internal document reviewed by The Intercept.
The next month, according to internal documents, Shawn Matthews, an FSG contractor and former Australian special forces pilot who served as Durrant’s deputy on the Thrush program, went to Bulgaria to meet with Peter Mirchev, a Bulgarian arms dealer who supplied Viktor Bout. (Bout is currently serving a 25-year prison sentence in the U.S. for attempting to sell weapons to the FARC in Colombia.) When an FSG official learned that Matthews had met with Mirchev, he instructed Matthews and Durrant to cease all contact with him. It is not known what Matthews and Mirchev discussed, but the FSG official warned Prince’s men not to pursue arming the Thrush aircraft, saying that it would be a clear violation of U.S. law. Matthews declined to comment on the record. Durrant declined to comment.
According to the former Airborne employee and a second company whistleblower, almost all of the modifications would actually be performed in Austria. By the time the aircraft reached Bulgaria, an engineer could complete a simple installation of hardware. “The final installation of the weapons would be done in Bulgaria,” said the former employee.

IN AUGUST 2014, a month after Nagl’s communication with Prince about establishing LASA, the company was officially open for business in Sofia — or rather, an entity named LASA filed papers with the Bulgarian government. Prince’s man in Bulgaria was Zachary Botchev, a U.S.-educated businessman whose professional biography states that he created the largest ceramic tile producer in the Balkans and started a jet airline company.
Botchev was an initial investor in Airborne and at one point controlled a third of the company’s stock. Botchev and Nagl had worked together before the founding of Airborne, according to the former employee. “The idea,” he said, was that Botchev would eventually “buy an airfield in Bulgaria and they would weaponize the planes there.”

Botchev did not respond to multiple requests for comment.

In the memo Nagl sent to Prince outlining the plan for establishing LASA, he stated that Botchev would provide local contacts in Bulgaria for export licenses and “products.” He was also tasked with selecting LASA’s managing director. It was Botchev who arranged Prince’s tour of the weapons factory in Bulgaria.

Botchev is a convicted felon with a warrant out for his arrest in the U.S., according to court files. He was found guilty of felony burglary for stealing trade files from an employer in Texas while living in Dallas in the 1990s. Botchev violated the terms of his probation and fled the U.S.

According to LASA’s corporate filings with the Bulgarian government, its official address and phone number are the same as a Bulgarian aviation company, controlled by Botchev, that claims a “close partnership” with Airborne. On LASA’s sparse website, the contact email goes to a sales address for Botchev’s company. LASA’s founding documents and other forms filed with the Bulgarian government do not mention Prince, Airborne, FSG, or the Thrush aircraft. On paper, LASA was established by a consortium of Botchev-linked businesses that shared a handful of common addresses and phone numbers.
...
https://theintercept.com/2016/04/11/bla ... air-force/

Dec 7th 2019 It looks like the Erik Prince/LASA T-Bird weaponized Air Tractor dream has died. UAE is buying the Calidus B-250, their own version of the Brazilian Novaer designed aircraft.
...
Erik Prince was still pushing his LASA T-Bird in the Afghanistan, Libya and other proposals. His aircraft appeared as late as 2018 in the "Umbra" project which was shut down in August of 2019.